As per S. Nos. 1 & 2 of annexure to Rule 101 of IRCA Coaching Tariff No. 26, Part I (Vol. II), Sportspersons participating in tournaments are eligible for rail travel concession as per rule. Ministry of Youth Affairs & Sports, Govt. of india, has advised that the recognition of the following sports federation have been suspended or withdrawn due to some dispute. In this ease, concession to sports persons will be granted on concession certificate issued by the Secretary Sports Authority of India or Executive Director (Teams) from Sports Authority of India, Jawaharlal Nehru Stadium Complex, Lodhi Road, New Delhi in place of the following federations mentioned below:

As advised by Ministry of Youth Affairs and Sports, Ministry of Railways have decided that in place of the following existing Sports federations, concession in the Railway fare shall be admissible on the concession certificate issued by Sports Authority of India only. 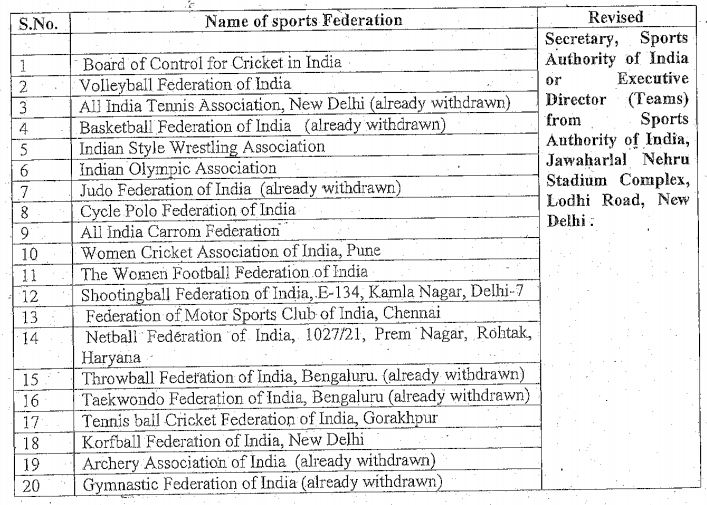 No concession in fare shall be given on the certificate issued by the above Sports federations.

Necessary instructions may be issued to all concerned immediately