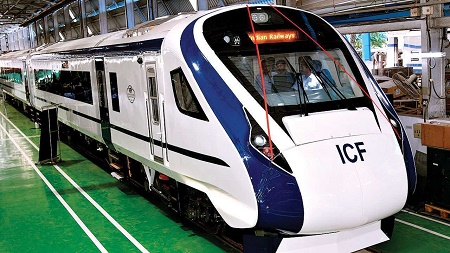 Train 18 exceeds 180kmph during trial. The stability of water bottles at this speed is testament to the quality of workmanship and design of our engineers