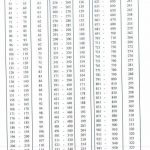 Shramik Special Train Fare Shramik Trains: Indian Railways deny charging any fare from workers On the issue of charging of train fare, the Health Ministry official said that permission has been given to run special trains for movement of stranded people, based on request of State governments. He said the Central Government has not ever talked of charging train fare for … END_OF_DOCUMENT_TOKEN_TO_BE_REPLACED